Top 5 places to visit during London at dusk

London at dusk is one of my favourite times of the day because when the sun sets it casts a beautiful light over everything. Whatever has happened during the day, a sense of calm comes over you as you watch the sun go down. And if it’s clear skies, it’s the perfect time to take photos of London.

On our recent walk around St Paul’s Cathedral on our way to our wedding anniversary dinner at the OXO Tower restaurant, I took some photos of my favourite spots in London at dusk. 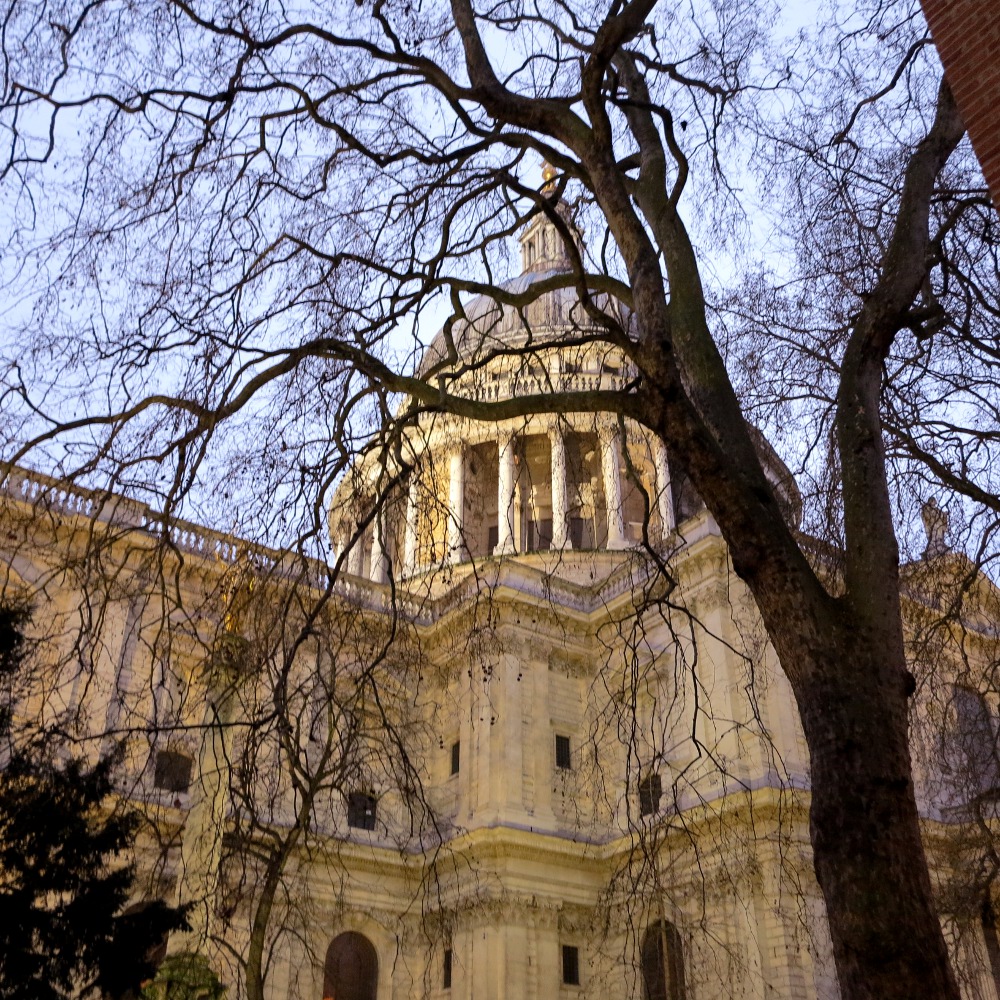 St Paul’s Cathedral is one of the most iconic buildings in London. If you’ve ever seen the photo of St Paul’s Cathedral after the World War II bombings, where the building seems to rise out of the smoke as the only place still standing, it’s easy to see why.

St Paul’s Cathedral rises above the smoke after London was bombed during World War II in this historic photo. Photo from the US Office of War Information

In the Great Fire of London in 1666 the former cathedral wasn’t so lucky as it was destroyed in the flames. We learnt on our Time Tour bus trip recently that many rich Londoners housed their precious books and valuable furniture in the church, which helped the building to ignite during the fire.

I love the cathedral because even though I’m not religious, there building is beautiful. The large dome of the church is somewhat romantic to me, I’m not sure why but it seems majestic. It’s extra stunning to look at in London at dusk. 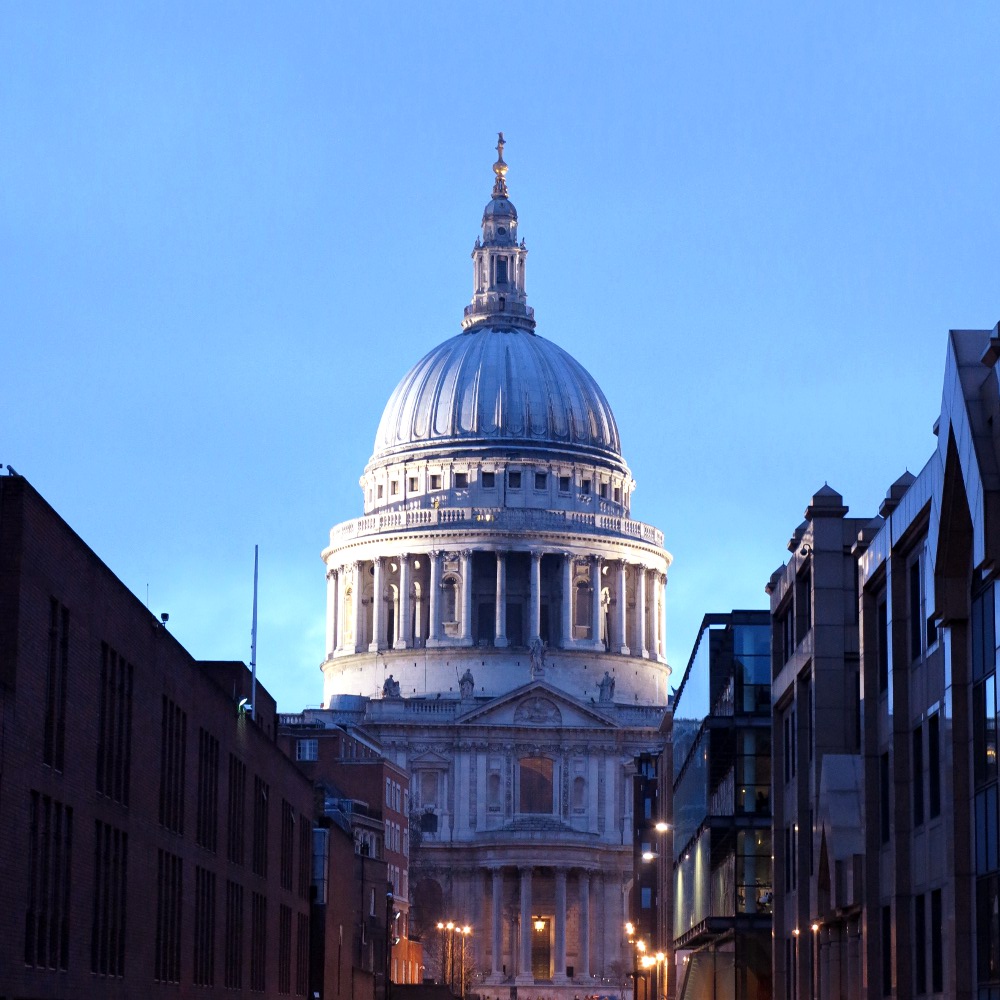 Just next to St Paul’s Cathedral, is the Wren’s Temple Bar Gate, named after architect Christopher Wren who designed both the arch and the cathedral. The arch in the middle was for road traffic and the two smaller arches on each side were built for pedestrians to pass through.

I wish I could see all the history the arch has witnessed since it was built in 1669. The arch was actually pulled down piece by piece in 1800 so the London government could widen the road. It was then purchased by a wealthy brewer who re-built it at the entrance to his house where it stood until being transported back to London in 2004 and re-built once more. 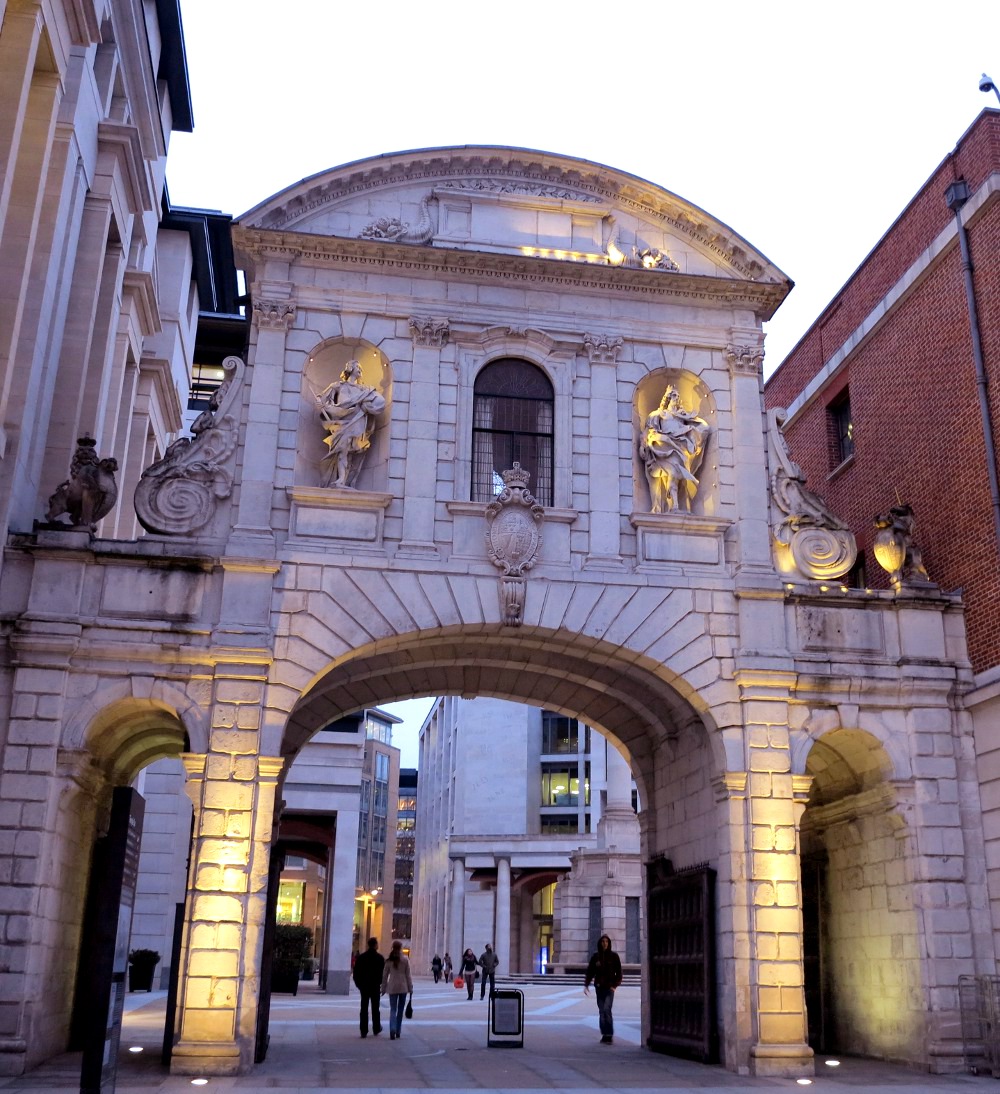 The Shard, which you can see on the right of the photo below, is one of the newest buildings to open in London. It’s also the tallest in the UK. Opinion is divided on the building and it seems to be a skyscraper that, like Marmite or Vegemite, Londoners either love it or hate it. Guardian columnist Simon Jenkins even went so far to say that the Shard has ‘slashed the face of London forever’. Personally, I love the building. I often feel Londoners are sticklers for their old buildings and they don’t like any form of new skyscraper, but coming from Australia where our cities are full of them, I quite like the Shard. It’s a beautiful skyscraper. 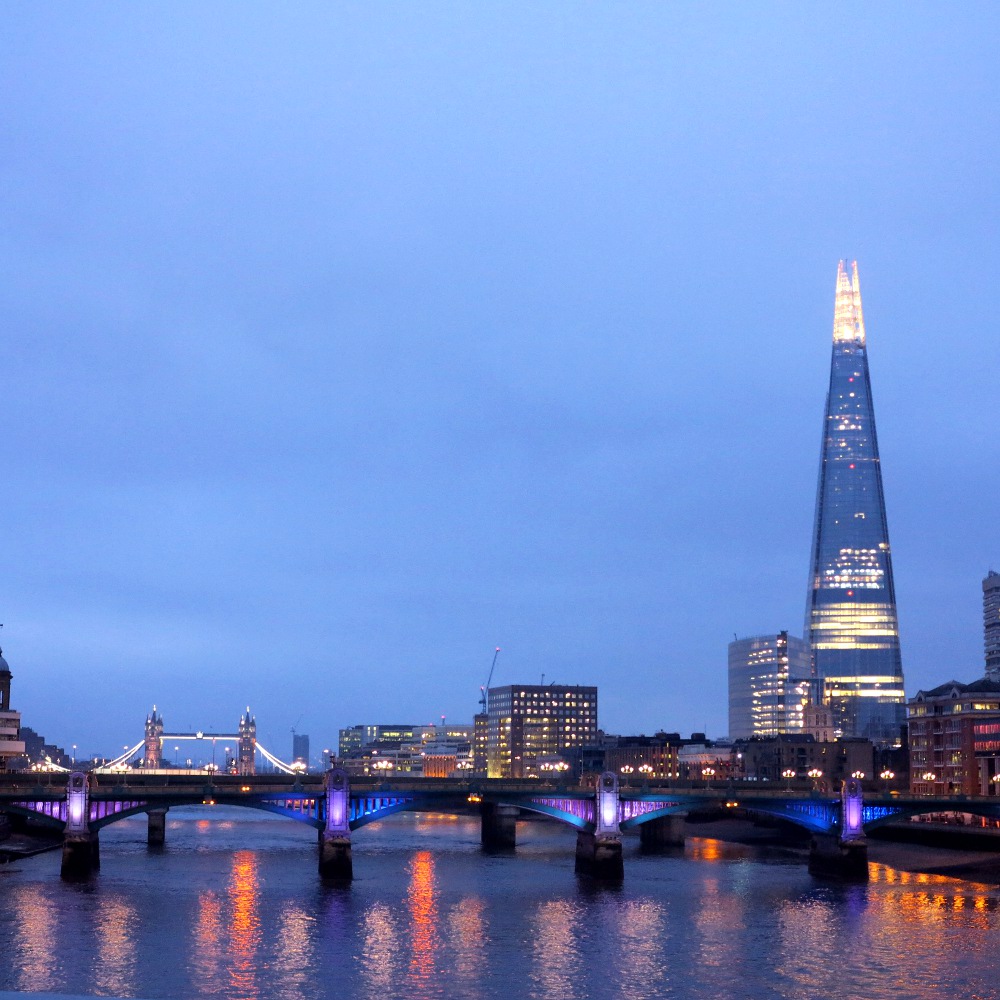 The Shard, in my opinion, is a pretty contrast against the old buildings in London

What I don’t like is that the Shard charges you nearly £30 to go up the building to look at the view. Sure, it’s the tallest building in London but still… what a rip off! The restaurant at the top of the building isn’t open yet so you can’t even purchase a drink while you take in the sites. I can’t get over how overpriced it is.

To the left in the photo above you can see Tower Bridge, which is most often confused by tourists who think it’s London Bridge. London Bridge is actually a hideous concrete structure that was built in the ‘70s. The original London Bridge, which was replaced by another bridge in the 18th century before being replaced by the bridge that exists now, had a fascinating history. In medieval times the bridge was covered in buildings, mostly shops, and there were two public toilets hanging of its sides where people used to do their business into the Thames… gross! (A friend was telling me how he did a triathlon recently and swum in the Thames – hopefully he doesn’t read this post…)

During the times of the Tudors, the southern end of the bridge displayed traitors heads impaled on pikes, after being dipped in tar and boiled to preserve them. Double gross!

In 1952, the bus driver of the number 78 bus found a hole opening up in front of him as Tower Bridge began to rise to allow a ship pass through on the Thames. The bus was about to drop into the river and so the driver, Albert Gunton, put his foot flat on the pedal and gunned the bus across the gap. He saved the lives of 20 passengers and was rewarded £10 for his bravery. Thankfully, I think health and safety on the bridge has improved since then!

Shakespeare’s Globe Theatre looks like the oldest building in London. And as the only building with a thatched roof in London, it’s certainly charming

Nestled close to the Shard is another iconic building, Shakespeare’s Globe Theatre. As we learned on the Time Tour, it’s the only building in London that has a thatched roof, as thatched roofs were banned following the Great Fire in 1666.

Shakespeare’s Globe Theatre stands close to where the original Globe Theatre was built in 1599 and is a close replica of what the original building looked like. I’m fascinated by the theatre and hope to review it soon, after doing a tour there.

So there you have it – some of my favourite buildings in London, made all the prettier when witnessing London at dusk.