Photo essay: Rowing up the Indian River in Dominica

The Indian River is the widest river in Dominica and flows inland into the Caribbean Sea.

And if you want a relaxing afternoon floating down underneath a jungle canopy, then the Indian River in Dominica is just the place to go.

Our tour guide Fire greeted us warmly and was all smiles. Just look at his face below – have you ever seen a friendlier grin? 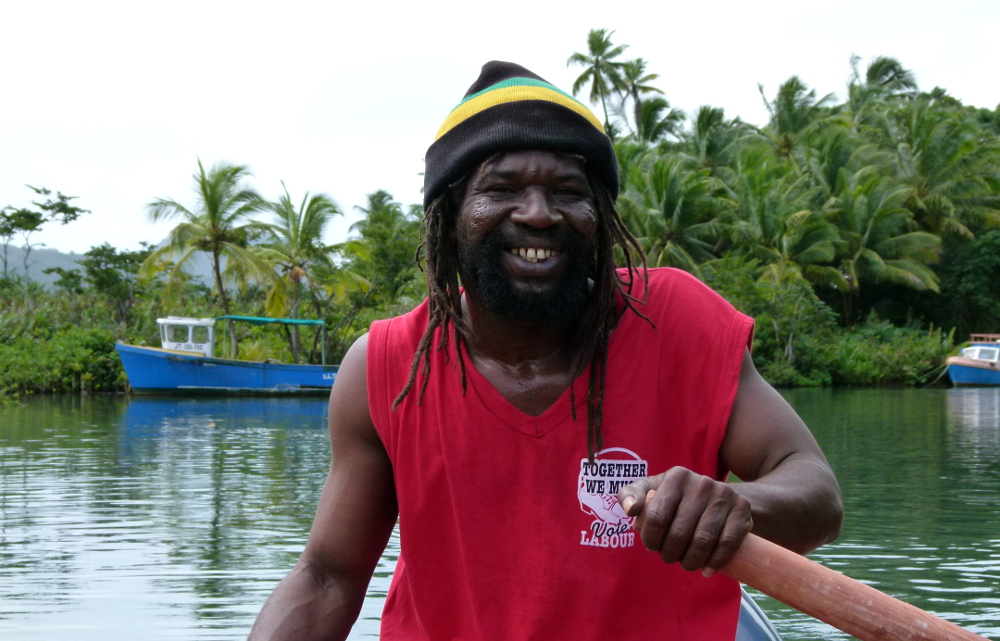 Fire gave me and my mum gifts made out of leaves by the local women . I loved mine and still have it. 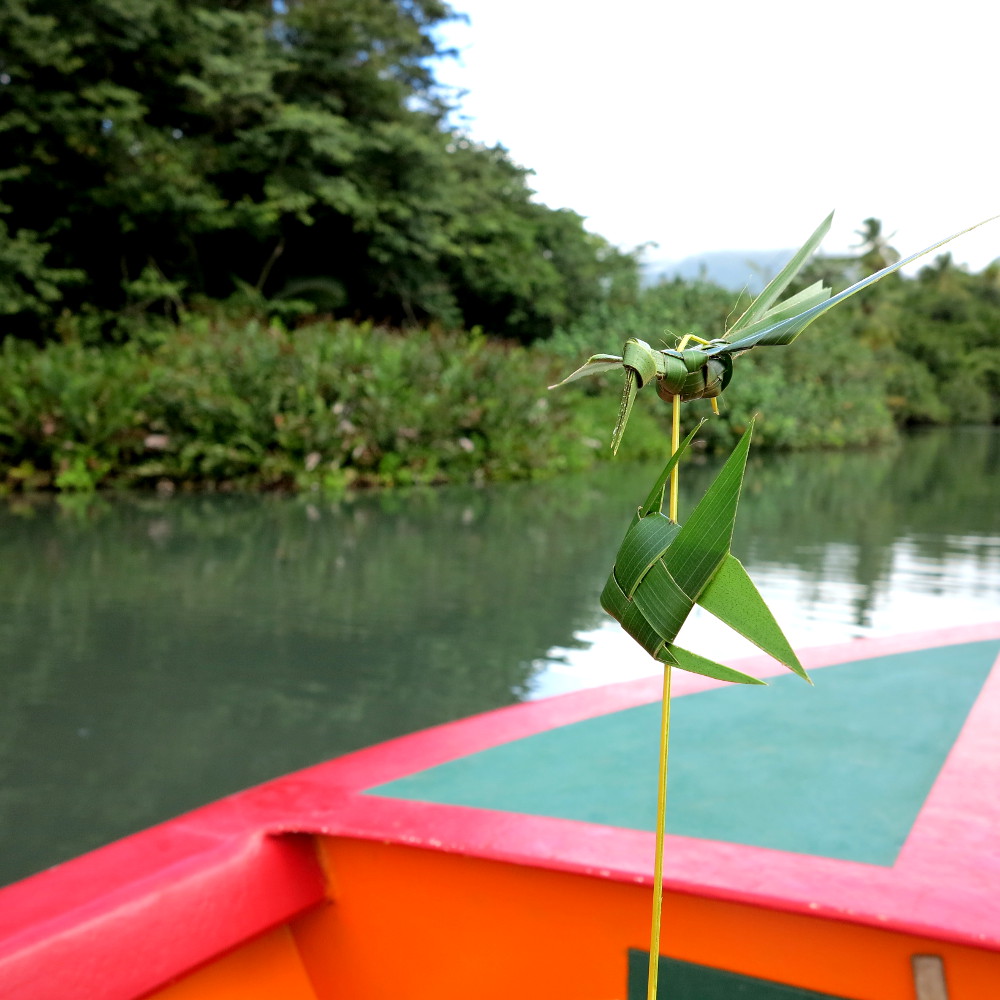 Our relaxing journey begun – the Indian River was dead still and peaceful. We could take in the view of a few local fishing boats as Fire rowed us up stream. 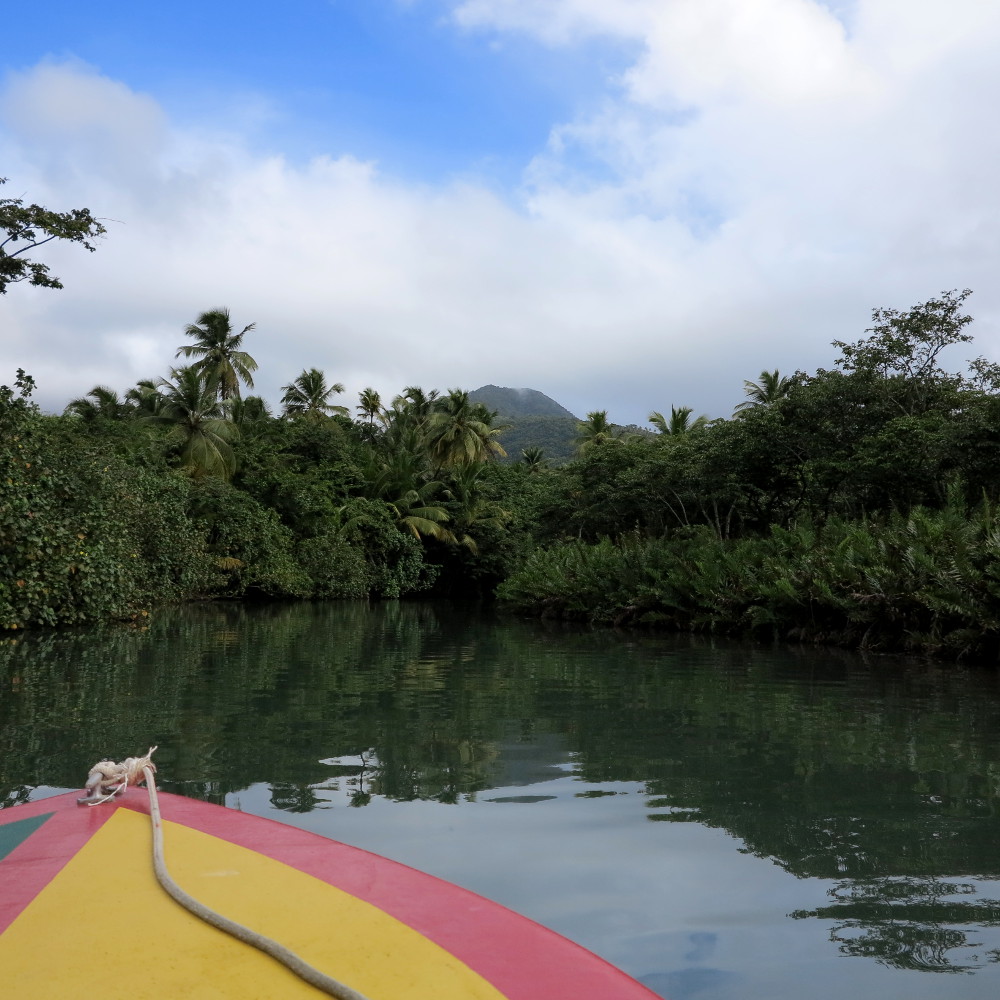 Fire waved to his mates as he passed them but before long we’d entered the mangroves and had the Indian River to ourselves. 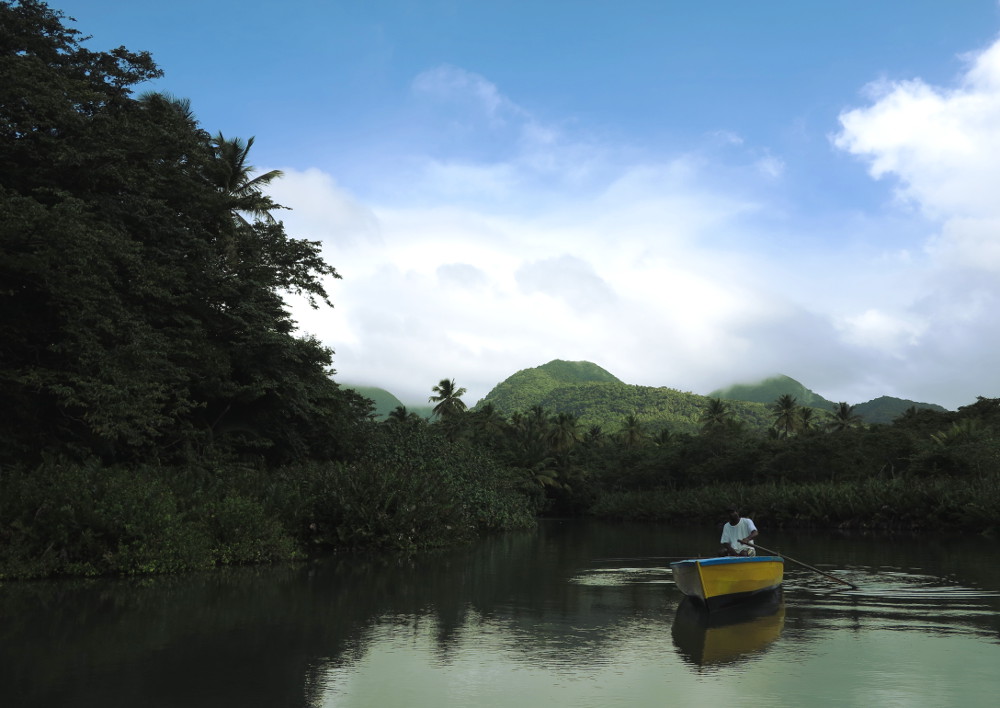 Palm trees hung down over the Indian River, creating a canopy. It was both creepy and beautiful at the same time.

My mum remarked that it felt like a Disney film set, as though all the trees had been perfectly placed – yet it was real life. 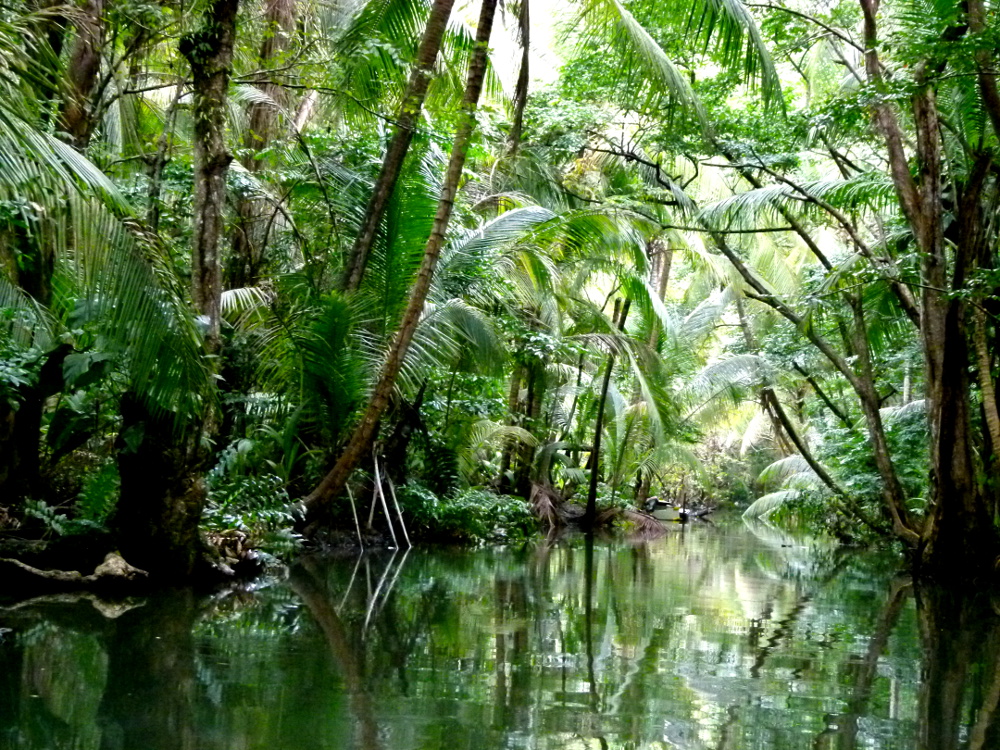 I loved the way the light shone through the trees, creating the dappled light below. 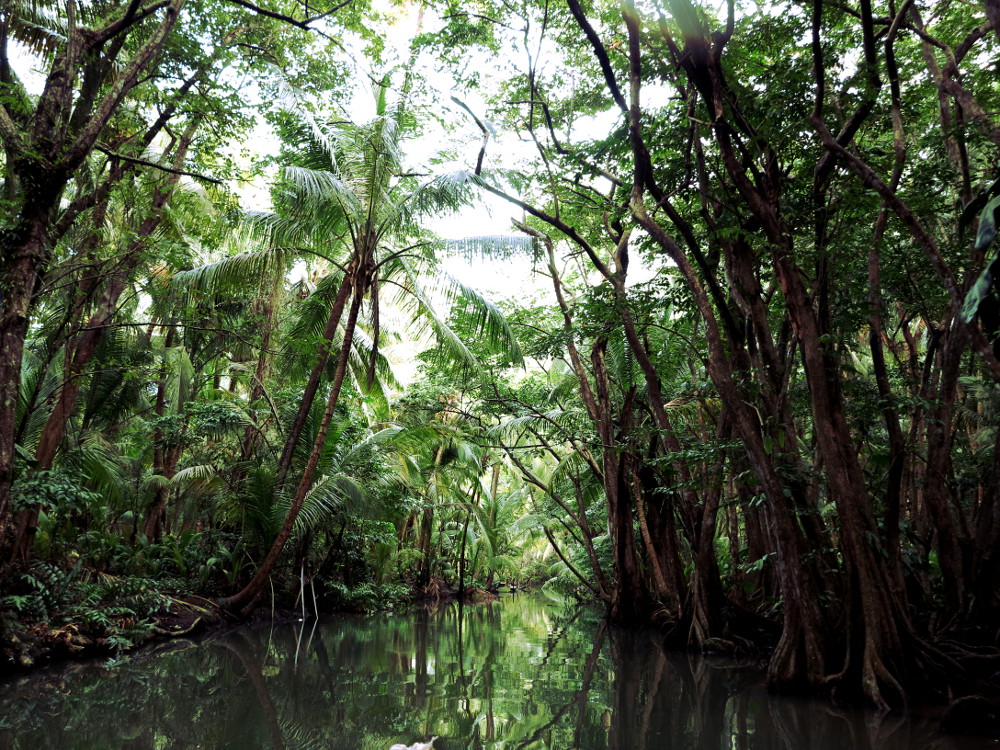 Pirates of the Caribbean

But the Indian River in Dominica had been a Disney film set – for Pirates of the Caribbean: Dead Man’s Chest.  The witch’s hut was built deep in the jungle alongside the Indian River.

It was a fitting location for the set and the atmosphere was further enhanced by the designers placing smoke machines and candles along the river banks to create a haunted feel.

The film crew dismantled the hut before they left but a rich Russian man built a replica for his grandson’s birthday and that still stands today.

Every now and then we’d come across a patch of sand along the shore and see freshwater crabs scurrying away from the boat.

About 30 minutes into the journey we docked at a rum bar and had some strong rum punches to get us into the pirate spirit.

We timed it well – as we left the boat it began to belt with rain and we could shelter underneath the bar, warming our stomachs with rum.

The end of the tour

The rain soon died down and we took the opportunity to sail back up the river before bidding goodbye to Fire.

What you need to know:

How to get there: The mouth of the river is just south of Portsmouth and is where the tours leave from.

Cost: Between US$15 – US$25 per person – some guides take you for a short walk through a neighbouring plantation, which costs the extra. (We didn’t do this.)

When to go: The Indian River tours operate seven days a week and if there isn’t a cruise ship in town you can probably just turn up without booking. Ask for Fire! If you’d like to book beforehand, you can call Fire on 767-614-0002. You can also contact the Dominica Department of Tourism or Cobra Tours for other tour options.

The Tourism Department of Dominica gave us complimentary tickets for the Indian River tour but, as always, our opinions are our own.

8 comments on “Photo essay: Rowing up the Indian River in Dominica”