Our aim on this Americas wide road trip is to spend US$100 a day (you can see how we’ve been doing here). It may sound like a decent whack of money, but between two people  it quickly disappears.

So far we’ve found our biggest expense (aside from the car) is food and drink – eating out and booze basically. After that is accommodation, and I’m happy to say we have managed to keep that to a minimum.

How? Well, our philosophy is ‘it’s just a room’.

Who cares what the hotel/motel/dormitory/house/hostel is like, go out and explore. As long as the bed is soft and the door locks then we’re happy.

Oh and that we can sleep at night without any bed bugs nibbling on us! 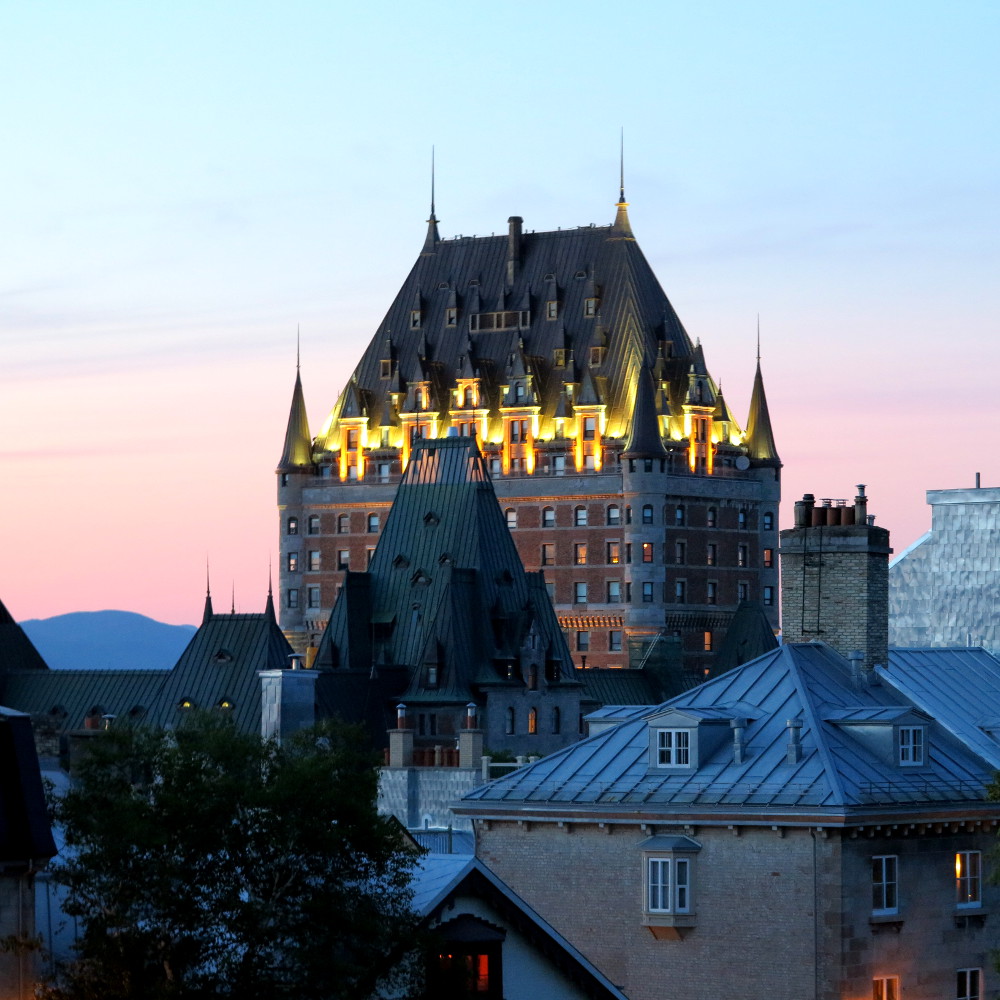 We spent four days in Quebec City, the capital of the vast French-speaking province in eastern Canada, recently. I must say I was reluctant to go, because I had heard it was very expensive and would add at least six hours of driving to our loop through Canada.

But Carmen managed to organise some cut price accommodation through the very helpful tourism board there and that lessened my resistance. Over a week, we discovered two cheap places to stay in Quebec City.

The first place we stayed was Auberge Michel Doyon, an inn-style hotel on a road lined with beautiful heritage homes that leads right to the heart of the old city. It was easy to find and we had no trouble at all checking in – there was even a big free parking area at the back (which is great – parking in Quebec City is expensive) – and a rear entrance so we could bring our bags inside very easily. 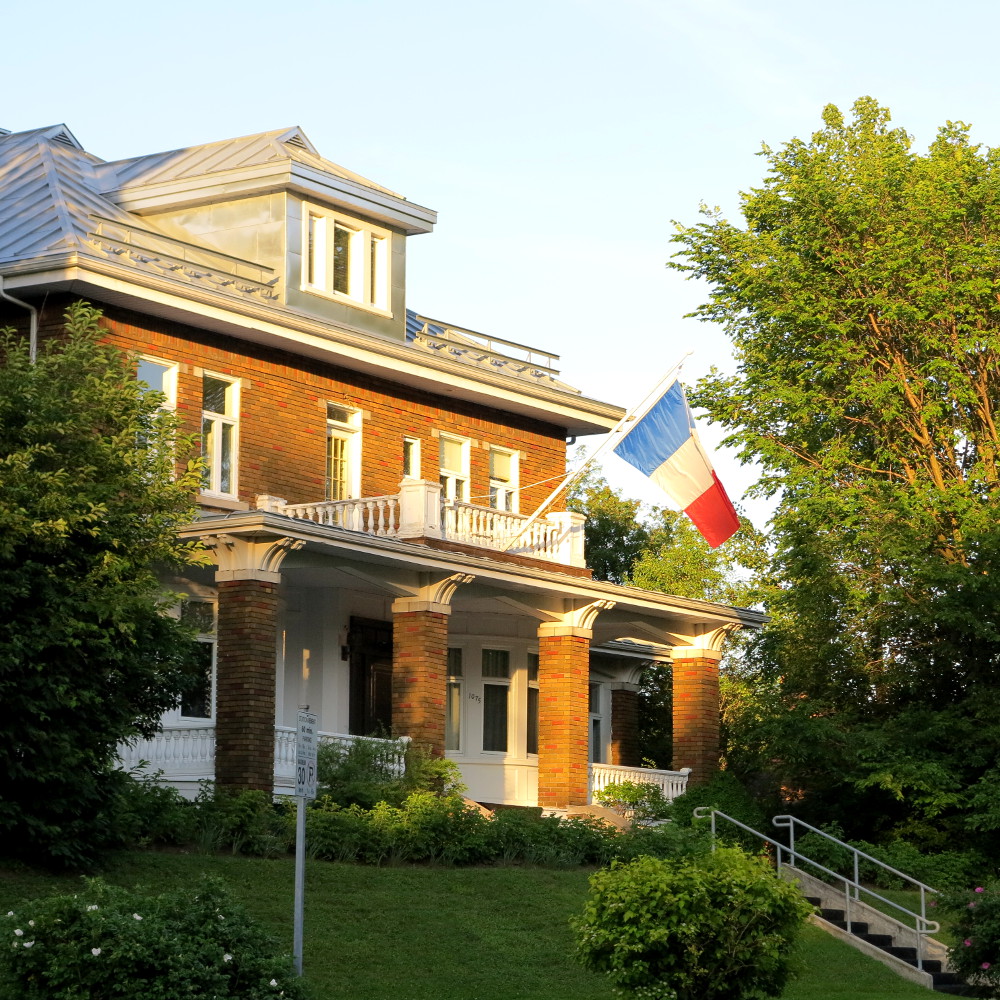 Inside the room there were two double beds, a TV, wi-fi, big closet, small kitchen, bathroom with a big bath and strong shower and air conditioning. Breakfast is included in the room price and was served in a dining room. You could choose from cereal, toast, fruit and porridge.

The kitchen was a little limited for our purposes, as it came without any cutlery or plates. We thought this was a little silly, as what’s the point of a kitchen without the essentials to cook with? The room was also a little noisy at night, as you could hear the people stomping about upstairs because of the paper thin ceilings.

Nonetheless. we settled in and planned our forays in the city.

We took a long walk from Auberge Michel Doyon through the park to the city – this little guy caught our attention!

Later on in our stay we drove past a shady looking hotel on the outskirts of the city that was charging almost double what Auberge Michel Doyon sets for a night for a room. We were amazed. Our room was much closer to the action and in a far lovelier neighbourhood – plus we could prepare our own meals which cut the expenses even further.

Now for our trump card – camping.

The big idea of buying the van was that we could convert it into a camper and stay in cheap campgrounds along the way to save money. Aside from a few mechanical gremlins, the van has performed perfectly in this area. So how did we do it?

Channelling the spirit of MacGyver we bought five strong crates with lockable lids, filled them with all of our stuff and arranged them in the middle space of the van, removing two seats.

The long crates were arranged to support a double sized air mattress. We then used straps, towels and blankets to create curtains. It’s surprisingly comfortable and means we only have to pay for a tent site when we camp. 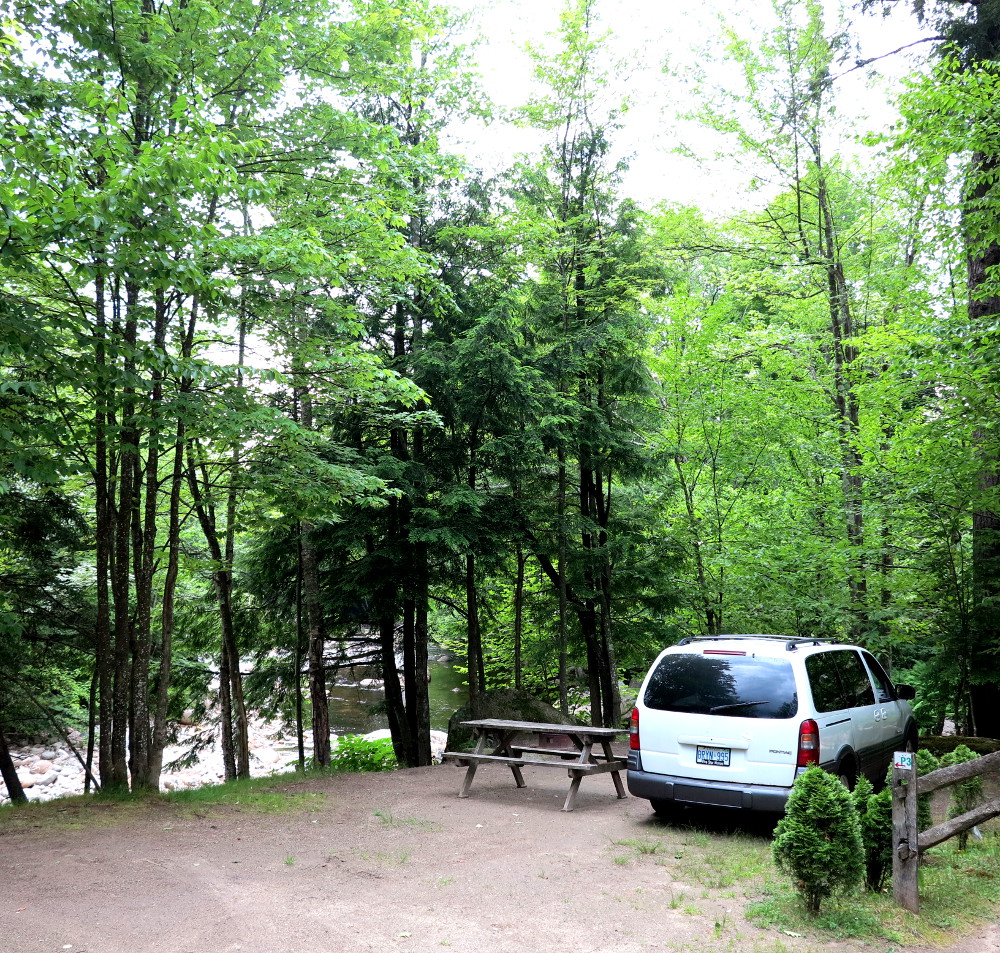 Our van in action

Our first camping test run was at KOA Quebec, about a 15 minute drive from the city, offering a full range of services for people living on the open road. There are electrical hook ups at each site and a very well-kept toilet and shower area; there’s even a common room with a full kitchen and a pool table.

We strolled around the leafy grounds on our first evening at KOA Quebec and marvelled at the behemoth campers parked throughout the grounds. Our little Hannah was well out of her league. 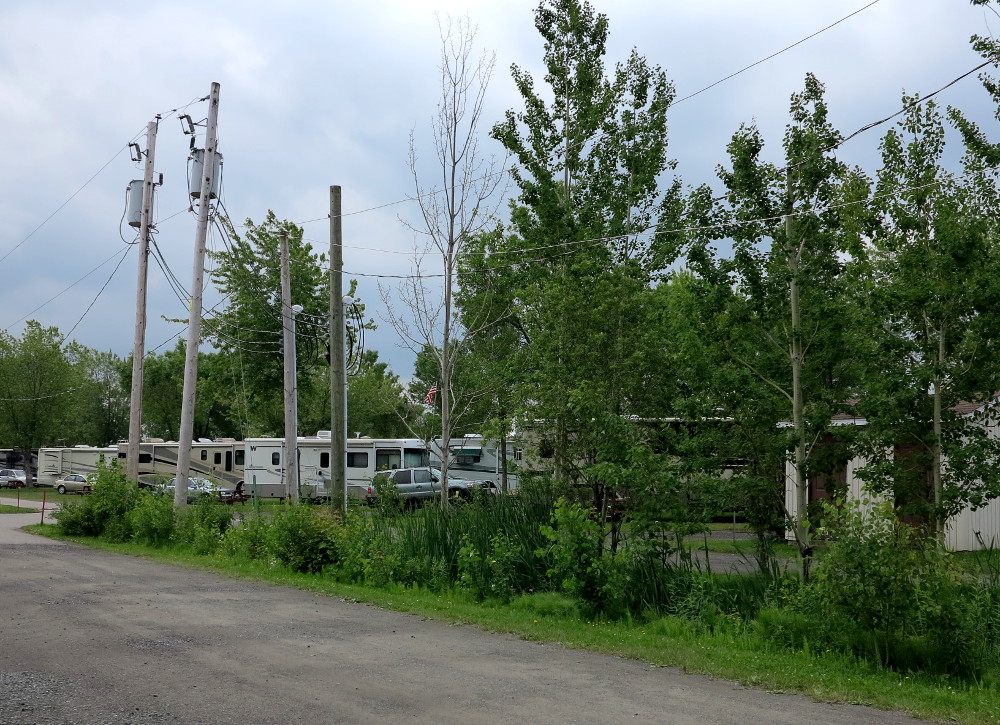 There were some serious rigs, like the sort of thing rock bands would use to drive between gigs! There were campers the size of school buses that towed a four-wheel drive behind them so the owners could have a second car and a few that were so big they took up two spaces. We felt a bit intimidated going back to sleep in our puny DIY camper. Oh well, at least it doesn’t guzzle as much fuel!

The vital question – how were the bathrooms? Spotless and well equipped at the KOA.

What you need to know about our cheap accommodation in Quebec City:

Cost: We stayed for three complimentary nights. The usual cost is between C$69.95 – $149.95, depending on the size of your room. This doesn’t include tax or a ‘telecommunications’ fee to use the phone.

Cost: C$40 a night for 2 people at a tent site with hookups and water. We got the first night free and the other two nights half price.

At the KOA campground there is a kitchen and a games room – a good place to shelter from the rain, as we found out one night!