7 of the best food trucks in Miami

What are the best food trucks in Miami? This is a question I was asking myself the other day as the food truck scene that seems to be growing in popularity faster than you can say ‘taco’.

In our home town of Perth I’ve seen numerous food trucks popping up all over the place. There’s the local coffee van down the road and our ice cream van (the original food truck) tours the neighbourhood every weekend, slowly driving me crazy with its music. Plus, every event we go to has numerous vans scattered throughout the grounds, selling everything from churros to pizza.

The food truck scene is strong in Miami

It had me reminiscing about the best food trucks in Miami – a place we only spent a few days in during our epic six month road trip around North America, but one place we’re keen to return to in the future.

Here’s what I’ve gleaned are some of the best food trucks in Miami:

No matter where you stay in the city — from the Crowne Plaza in South Beach to a seaside bungalow — you’ll be able to find this truck by either calling the restaurant or following its Twitter Feed. 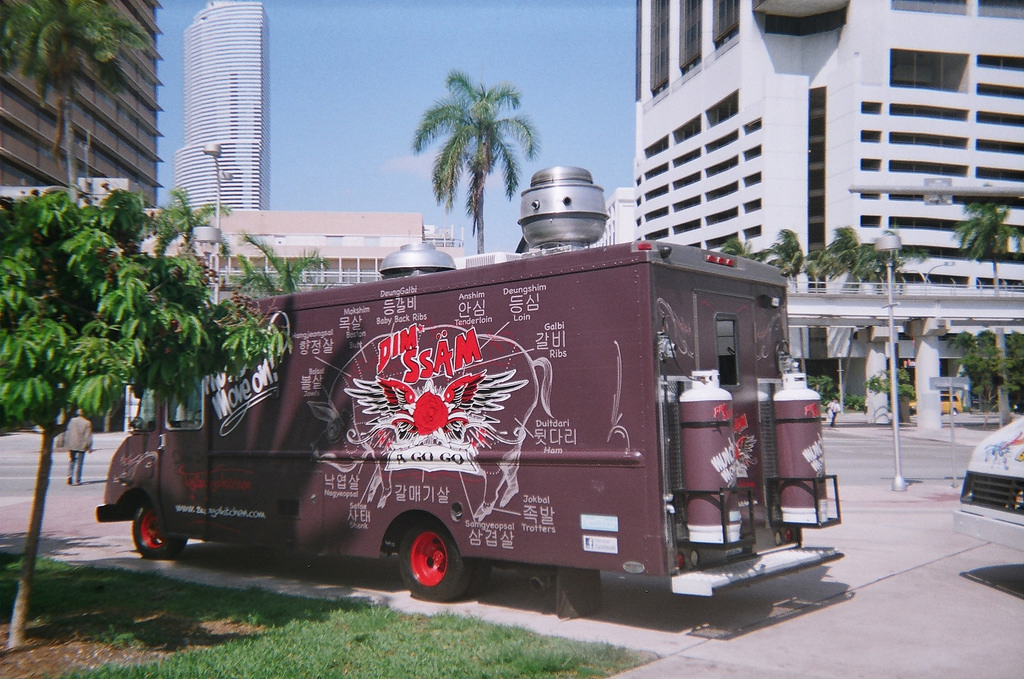 Miami is about as opposite from a bison habitat as you can possibly get, but you can still find a bison burger in the city thanks to the Purple People Eatery food truck. Its claim to fame is coming up with ‘freaky street food,’ and their truffle and fried eggs or mahi mahi tacos certainly live up to that claim.

Find out where the truck is via their Twitter feed. 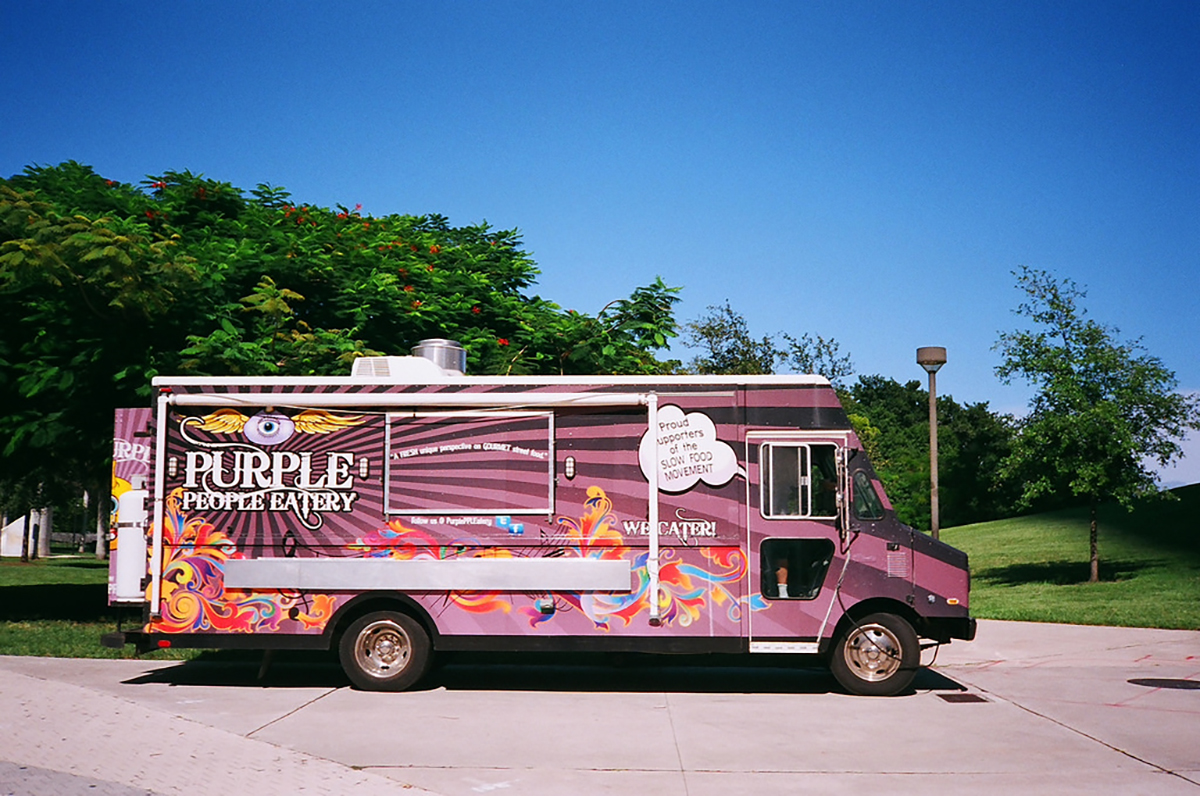 What’s so special about a grilled cheese sandwich? Well, the experts at the Ms. Cheezious food truck can show you. Their food truck was so popular they even opened a brick-and-mortar location, but the truck still patrols Miami on a regular basis. Follow its whereabouts on Twitter.

El Rey de Las Fritas is a Cuban bistro in Little Havana. The menu is fairly simple, but if you skip out on the original Frita Cubana, you’re doing yourself a huge disservice. This Cuban-style burger puts most American burgers to shame.

The food truck travels throughout Miami-Dade County during the week, so follow them via Twitter to find their location when you’re in town. 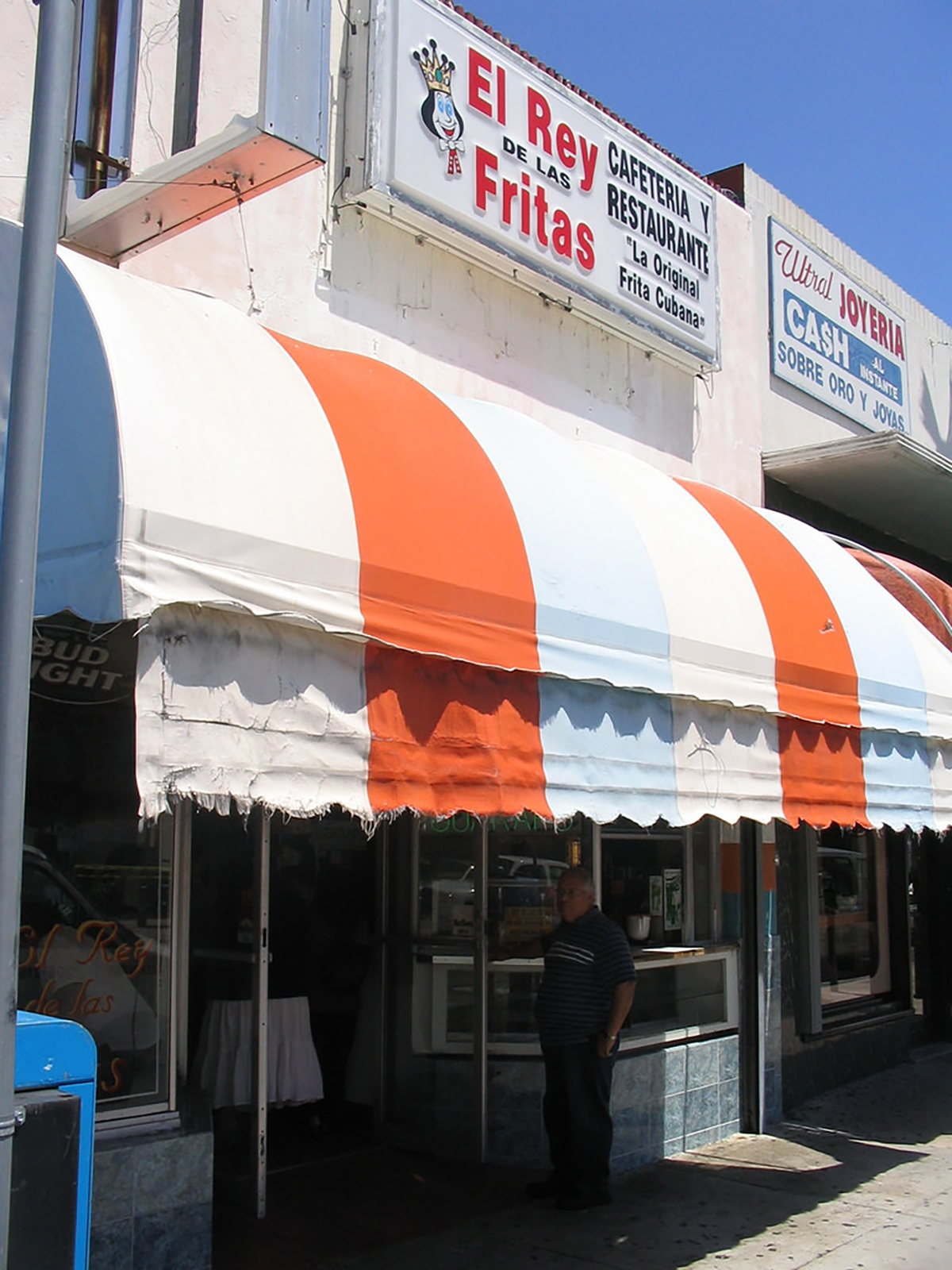 Don’t let the name fool you — the gastroPod food truck is based off a mobile gourmet dining experience similar to what you’d get in a high-class East Coast restaurant.

Their hot dog isn’t just any ordinary hot dog – it’s made completely from smoked short rib and topped with slaw. What’s not to love?

While gastroPod does travel the city, it’s easiest to find in Wynwood near the Art Basel.

So, Miami certainly heats up in the summer. And what better way to cool off than with ice cream and other assorted cold refreshments? The trick is finding a good ice cream shop, which Hip Pops solves by bringing the ice cream to you.

Frozen hot chocolate is one of the more popular offerings, but don’t overlook the gelato, sorbet or frozen yogurt.

The truck has a page on its website dedicated to where it’ll be — a system they’ve found to be more reliable than Twitter. 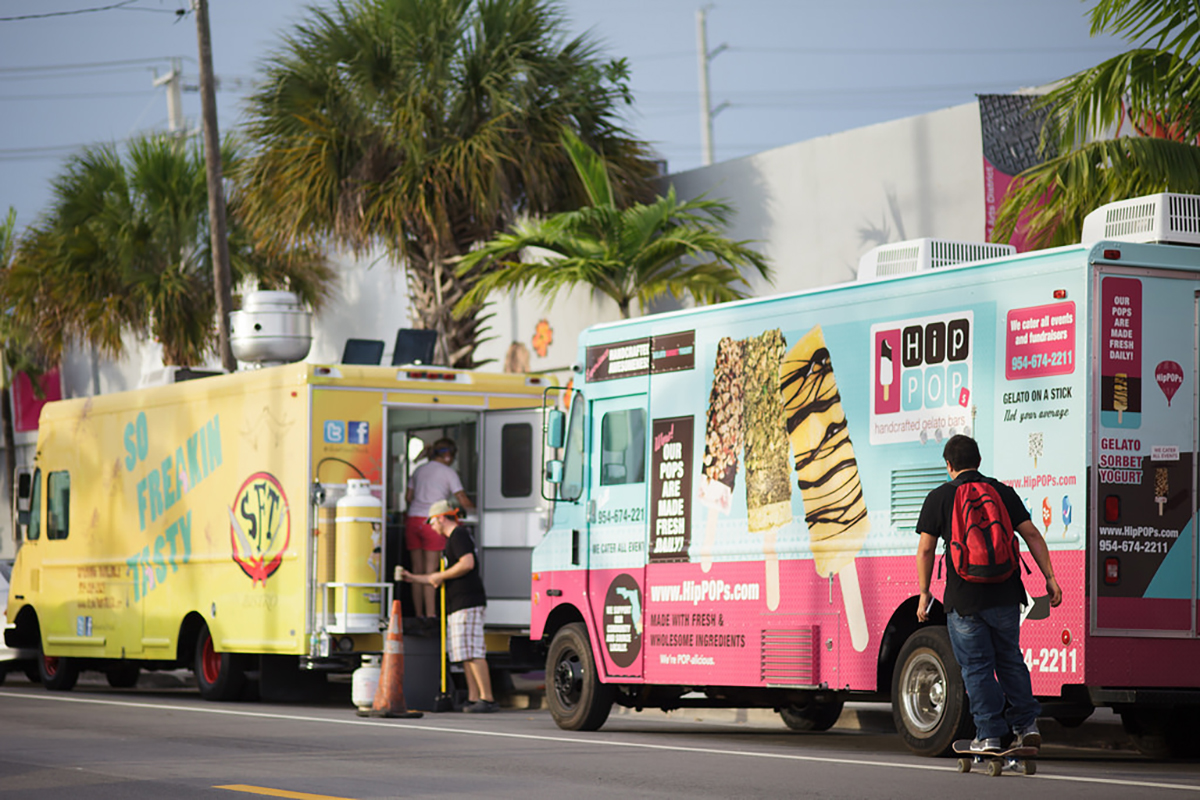 Cavemen-themed tacos? How could anything go wrong with that? That’s likely the thought process behind BC Tacos, and following the success of their food truck they have branched out with a café.

You have to try the Mammoth Mahi or the Pulled Prehistoric Pork, and Twitter will let you know where this Jurassic-era truck will be next.

A trip to one of these best food trucks in Miami will give you an experience worth remembering. Sample these and the next time you visit a food truck in your home town you’ll think of Miami.

Have you been to Miami? What are the best food trucks in Miami? 11 comments on “7 of the best food trucks in Miami”